The size of a sinkhole at the Mosaic fertilizer company near Mulberry is becoming more clear.

The results show that the upper cavity is between 40 feet and 150 feet in diameter at its widest point and approximately 220 feet deep from the top of the gypstack, Mosaic officials said. Mosaic dumped 215 gallons of toxic water into a nearby aquifer in August.

Water samples in nearby neighborhoods tested negative for contamination.

Crews will start filling the sinkhole, and officials believe that the work will be done before next spring of 2017. They said they will try to complete the work sooner.

“As of Oct. 17, there have been 763 residential wells sampled and 588 results have been returned. Water from 578 wells meets primary and secondary drinking water standards. There are ten wells for which that was not the case; each had one parameter that did not meet either a primary or secondary standard. That water, however, is similar in quality to samples analyzed by the U.S. Geological Survey and Southwest Florida Water Management District in eastern Hillsborough and western Polk County that had not been impacted in any way by industry,” officials said in a statement.

A massive sinkhole opened up in Polk County Friday outside a company that makes fertilizer in Mulberry.

It’s in the middle of a pond used to hold contaminated and radioactive water, which is used to process the fertilizer.

Officials said about 215 million gallons of water drained into the Florida aquifer.

Waterfalls were streaming down the sides of the hole.

Managers at the Mosaic-New Wales plant on Country Road 640 said pumps from a recovery well are pulling the contaminated water out of the ground and back into the plant.

Mosaic, the world’s largest supplier of phosphate, said in a news release Friday that the sinkhole is about 45 feet in diameter.

The company said the water, which was stored atop the gypsum stack, had been reprocessed during the manufacturing process. Mosaic began diverting it out of the cell and into an alternate holding area on site to reduce the amount of drainage when the decrease was first detected. 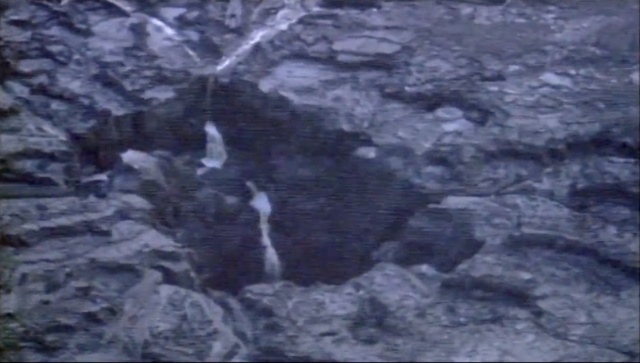 This entry was posted in Pictures, Uncategorized and tagged Florida, sinkholes. Bookmark the permalink.