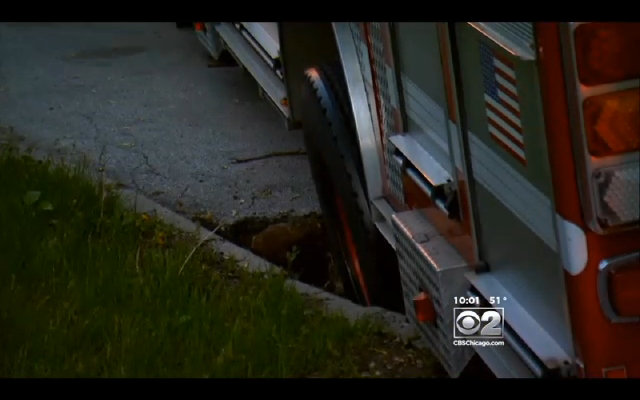 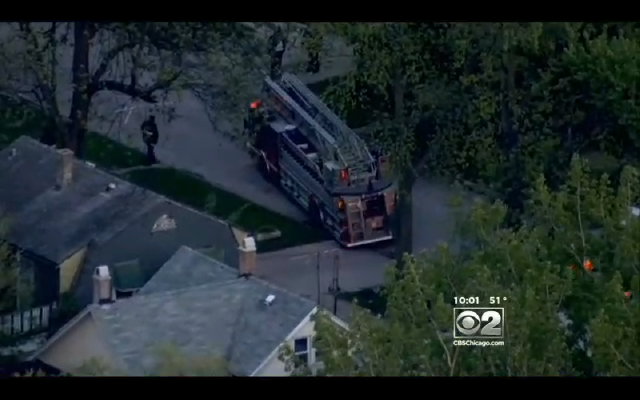 A fire truck on its way back from a call on the city’s far southeast side Tuesday night became stuck in a sinkhole.

No one was hurt when pavement beneath the rear end of the ladder truck crumbled at about 7 p.m.

Fire Department spokesman Will Knight said that the street outside 308 E. 136th Pl. collapsed beneath the weight of the rig.

A Streets and Sanitation Department wrecker had to be called in to try to haul Truck 52 out of the hole on the dead-end residential street in the city’s Riverdale neighborhood, just north of the southern city limits.

One resident said it is the third street collapse on the block in recent weeks.

Asked if it is time for some permanent work to be done, Jesus Torres said, “I think it is long due but we don’t know how long that is going to take. We have been enquiring about it for a couple months.”

After almost two hours, a tow truck and hydraulic equipment got the truck out of the hole.