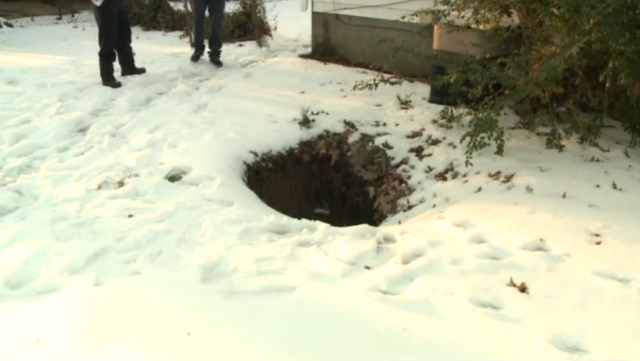 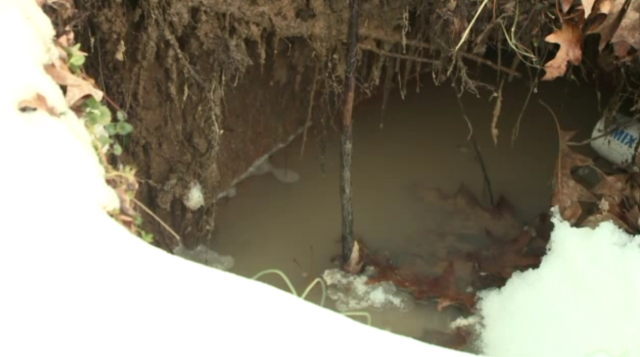 MEMPHIS, Tenn. — A Frayser woman says she needs help for her 62-year-old mother, whose house is sitting above a sinkhole in her backyard.

Carmen Coleman said she called multiple city departments and got the runaround, so she came to WREG to get some answers.

“We just wanna know what to do, can we get some help, please,” Coleman said.

Coleman said the sinkhole is near her mother’s kitchen. She’s owned the home on Juliet Street for more than 20 years.

The sinkhole, which is filled with water in the backyard, grows each day.

“Today it got even bigger,” Coleman said.

It was Coleman’s brother who first noticed it Thursday.

“You could put at least four people in that hole right now, it’s going to swallow the whole house,” Coleman said.

Immediately Coleman started making phone calls. One was to MLGW, who said call the mayor’s action line or a city councilman.

“I left a message. No one ever called me back,” a frustrated Coleman said.

She tried the mortgage and insurance companies, but still no luck, so she tried WREG.

Coleman said children walk by the sinkhole every day on their way to and from school, and she’s worried something might happen.

“Suppose one of them come through here and fall in the sinkhole?” she asked.

Coleman’s mother is now staying at her house because she’s too afraid to be home.

“She can’t sleep in that, she already has a nerve problem, heart problem, machines in the house and to know that your house could sink in at any moment and your city can’t help you? What is she supposed to do?” she said.

This entry was posted in Galleries, Pictures and tagged sinkholes, tenessee. Bookmark the permalink.