Sinkhole appears under car in Evansville

Evansville police tell us a car was at a stop sign when the ground gave out causing in to go halfway into the hole at Oregon and Main.

We’re told a water main was broken about 15 feet down from the impact of the car.

Director of Utilities Allen Mount says it was caused by a 70-year-old brick sewer line.

They were finally able to tow the car out of this hole but they’re now dealing with the issue of what to do now to fix it.

The city may have to hire a private contractor to fix the hole. For now they plan to block off part of Oregon Street to keep the area clear. Main street should stay open though. The driver says he stopped at the stop sign and suddenly the car just caved into the ground. Everyone who was in the car was able to make it out safely. Lisa Lockwood lives just a few blocks away from this area. Lockwood says she drives through this intersection every day. She says there have been areas near her house that have given way. Now that the road has given way to create this huge sinkhole Lockwood says she’s nervous that more damage could happen and says she plans to avoid this area. “Even after they filled it I would be nervous to drive over it,” says Lockwood. “Even though they fill them and fill them, they still continue to cave in. I wouldn’t want to drive over it. It would scare me… 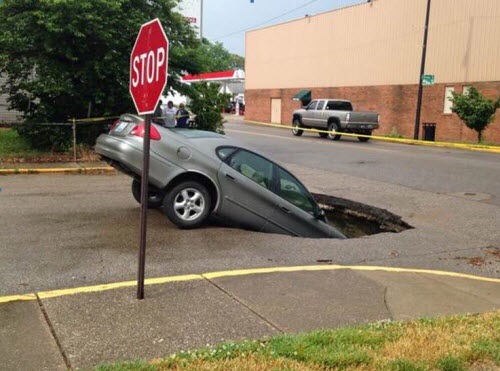 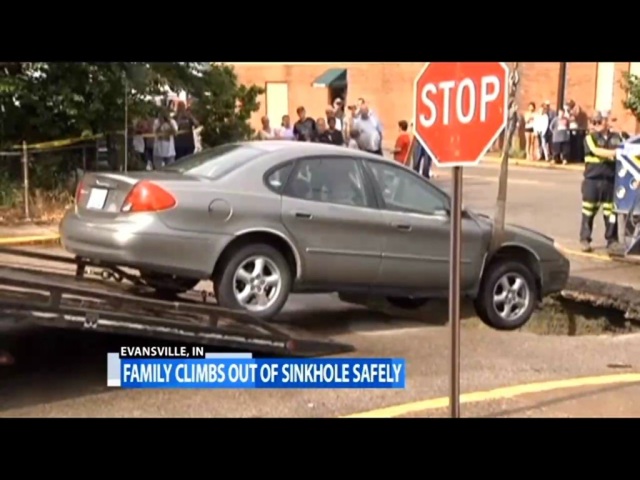 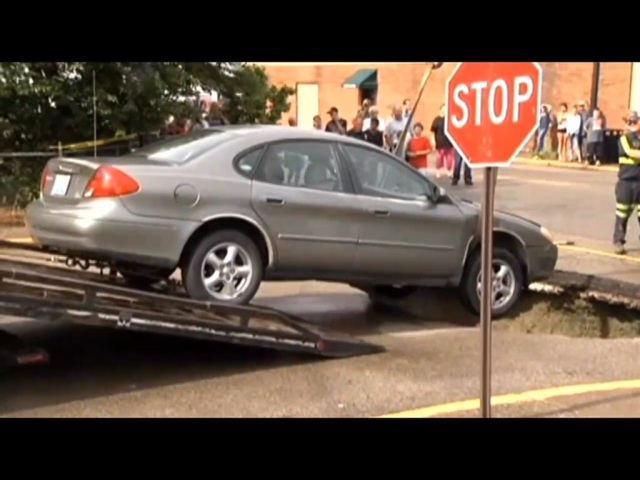 This entry was posted in Pictures, Vehicle v Sinkhole and tagged sinkhole. Bookmark the permalink.