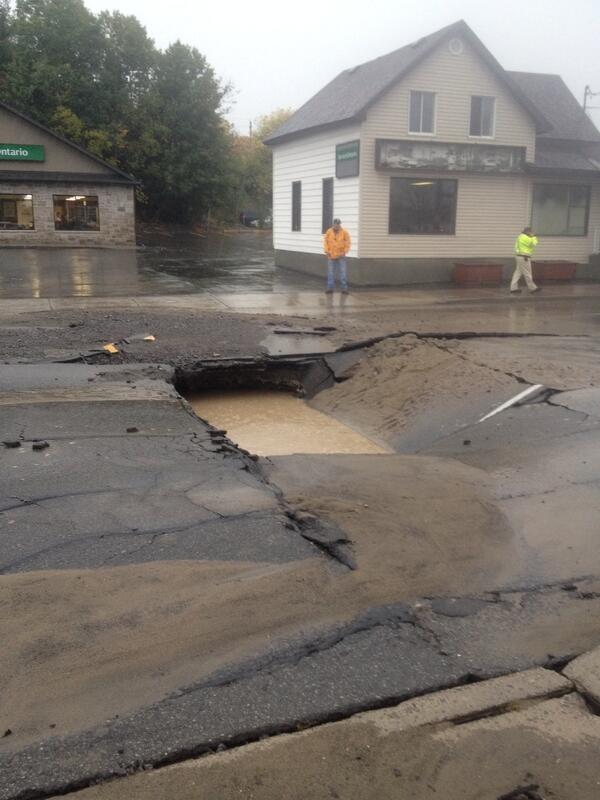 A sinkhole opened up in the Ottawa community of Orleans Monday morning.

The hole formed on St. Joseph Blvd. and Edgar Brault St., according to the CBC.

This is not the first sinkhole in that area. In 2012 a hole in the area swallowed a car. The driver was able to get out with only scrapes and bruises. That sinkhole even inspired a joke Twitter account.

A number of reporters and drivers tweeted photos of the latest sinkhole.

This entry was posted in Pictures, Vehicle v Sinkhole and tagged Ottawa, sinkhole. Bookmark the permalink.