This just in from Paul, our Simi Valley correspondent:

This is Mark Mihal, the poor fellow who fell in: 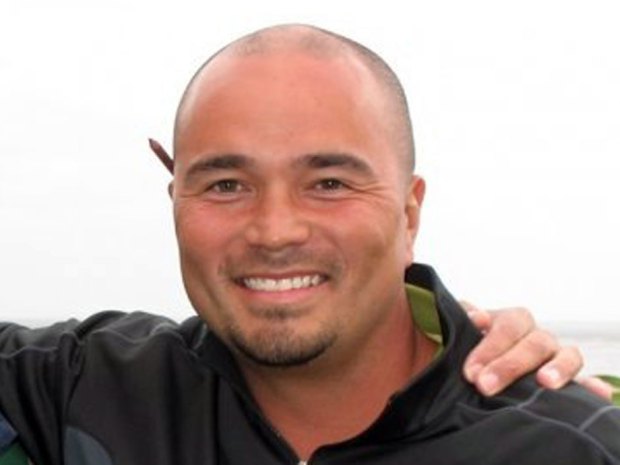 Mark Mihal, from Creve Coeur, Mo., was playing Annbriar Golf Course, a place he frequents, when ground gave way to the 43-year-old, dropping him 18 feet into the middle of a dirt abyss.

“I was standing in the middle of the fairway,” Mihal told the St. Louis Post-Dispatch on Monday. “Then, all of a sudden, before I knew it, I was underground.”

Immediately Mihal said he thought back to a story of a man that was sleeping when ground gave way and he was never recovered, but after 20 minutes, some rope and help from the course’s general manager, he was pulled from the sinkhole and back on solid ground.

The story is just as crazy as it sounds. It was the first time something like this has ever happened at Annbriar Golf Course, a course that Mihal said he plays a lot because it’s always in good shape, but it seems he might be avoiding it in the future. Mihal said after the incident that it might be too strange for him to return to the course because of what happened on No. 14, but come on, you’re a golfer, we all have horror stories from golf courses! The difference is, most of our bad times end with the word “bogey,” not “bon voyage.”

I know that golfers normally get a rain check if the round gets washed away, but what’s the appropriate response for a man that nearly disappeared in the turf of your track? Free golf for life? His own putting green in his back yard? A miner’s helmet?

Lucky for everyone involved, Mihal suffered just a few bruises and a dislocated shoulder.

This entry was posted in Pictures and tagged Annbriar, golf course, sinkhole. Bookmark the permalink.