More of a well than sinkhole, but an interesting story… 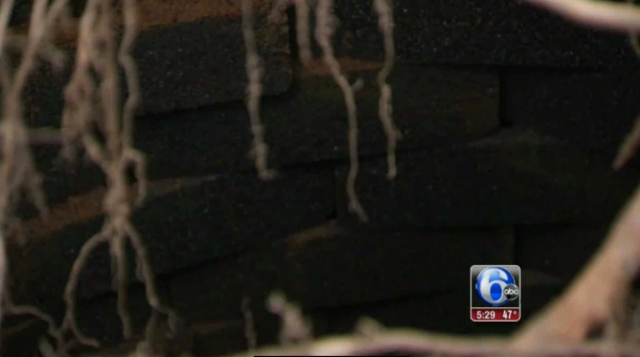 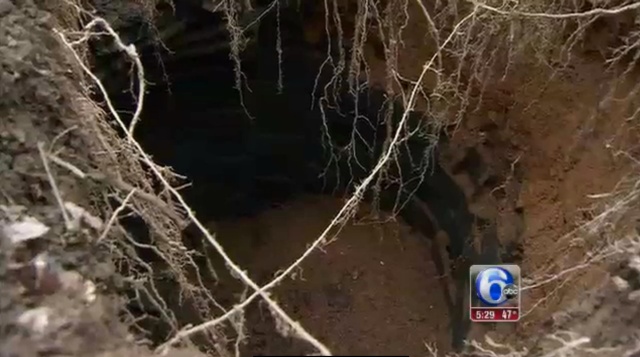 A growing sinkhole in one Chester County neighborhood has a resident worried for his family’s safety.

It’s 20 feet deep and about 10 feet wide. And the homeowner says it’s not his responsibility to fix.

So whose ugly and dangerous sinkhole is it? Whose property is it on?

It sits well behind the home and property of the Sicilia family of Wayne. The cave-in apparently occurred last weekend.

The Sicilias discovered the roughly 20-foot drop Saturday, when their dogs were out playing.

“We found them sniffing around here,” said Julia Sicilia. “When we got close enough we saw this huge hole.”

“The hole is about 20 feet from my property,” said Bruno Sicilia. Asked if he thought it was his responsibility, he said, “definitely not.”

Surveyors from PennDOT looked at the hole Thursday morning, and its proximity to a stretch of Route 422 that was built in the 60’s.

They say the hole contains an old septic system that belonged to a house that existed here before the state purchased this area as a right of way to build the now familiar east-west highway.

PennDOT says this is what they call a non-economic remnant: not useable, land they did not need to buy to complete the highway construction.

For the time being, you could call it a no-man’s land because the original landowners have passed away, and they are looking for the heirs to their estate.

“It’s not on our right-of-way,” said PennDOT’s Lester Taoso. “It’s not really our responsibility. But looking at the public safety side of it, we are going to send somebody out there to cover the hole up for the time being,”

“I want it filled up professionally and safely so I don’t have a problem with my dogs and my kids and my grandkids going in the back yard,” said Bruno Sicilia.

Filling the sinkhole permanently could be a very expensive proposition, involving thousands of dollars in materials and labor.

This entry was posted in Pictures and tagged Pennsylvania, sinkhole. Bookmark the permalink.