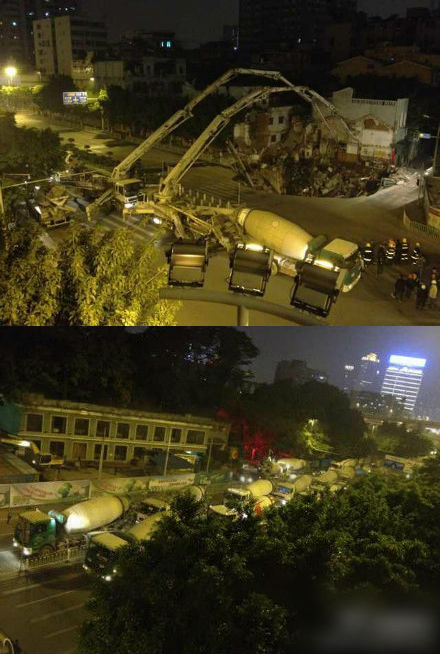 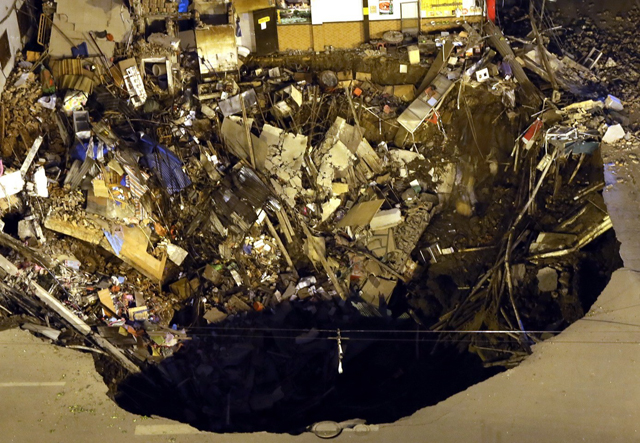 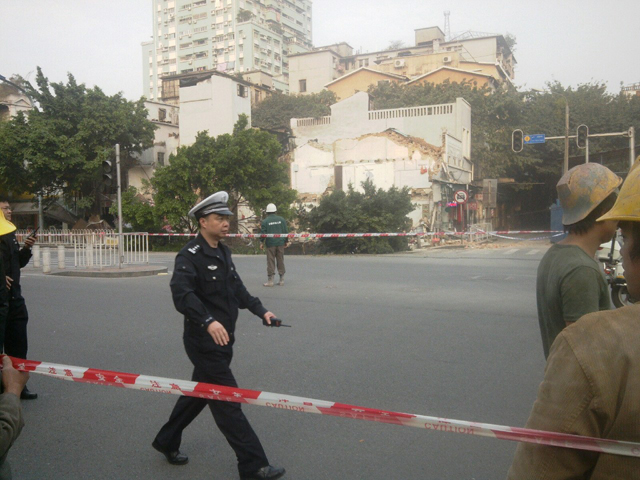 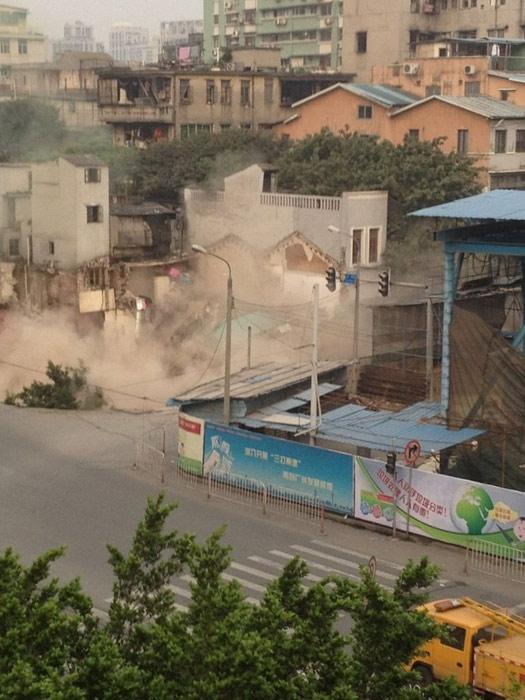 A large piece of land collapsed near a subway construction site on Guangzhou’s Kangwang Road, dragging surrounding buildings underground. The collapsed site is 300 sq metres wide and nine metres deep, and still expanding.
Five shops fell into the hole, and one building was torn apart from top to bottom. The collapse caused electric cables to malfunction, resulting in power cut in 3,000 residential units nearby. No casualties have been announced so far.
Police have blocked the site and evacuated all residents in neighbouring buildings. Frightened residents have been sent to a local community centre. Gas could be smelt from over 30 metres away, and deafening noises could be heard as the land continued to crack and sink.
According to local residents, this is not the first such collapse along Kangwang Road. Back in 2004, a 30 sq metre site near Xinguang Plaza also collapsed, reportedly due to the construction of an underground tunnel.

This entry was posted in Pictures, Structure v Sinkhole and tagged China, sinkhole. Bookmark the permalink.