Wow this is one pretty impressive. I like that they used a toxic looking green dye in it, very Teenage Mutant Ninja Turtles.. 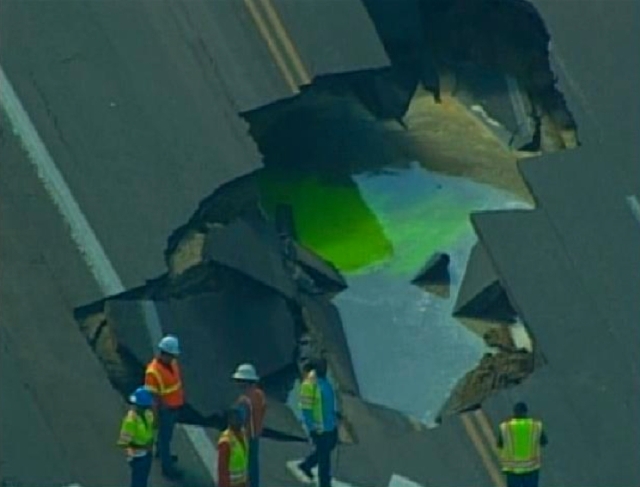 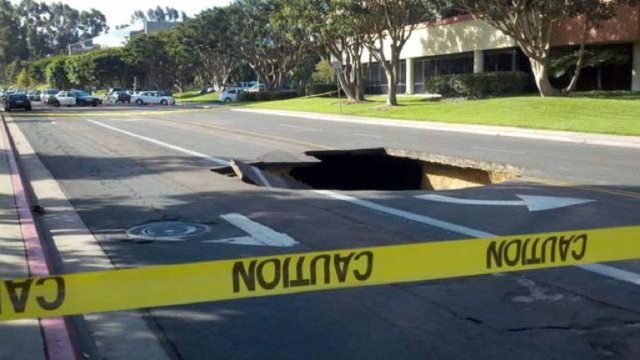 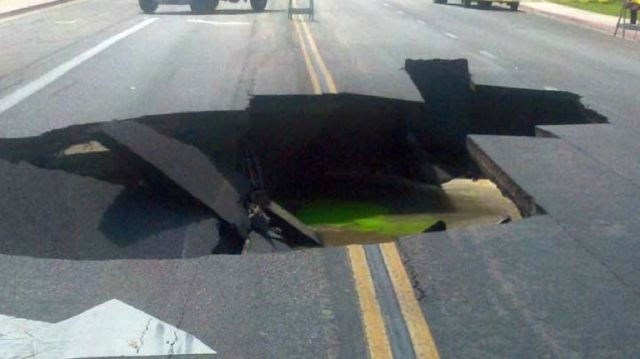 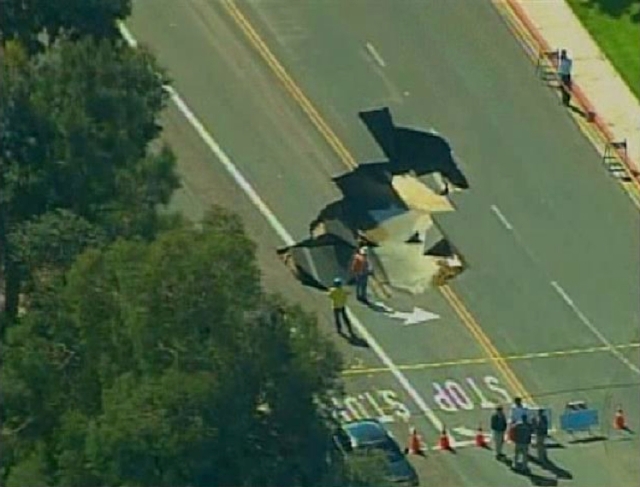 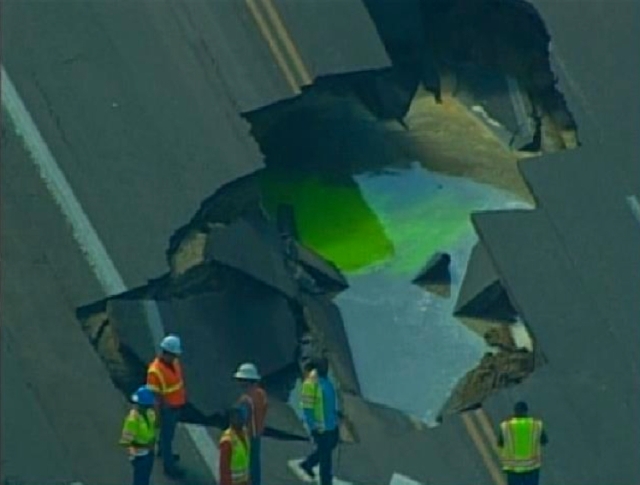 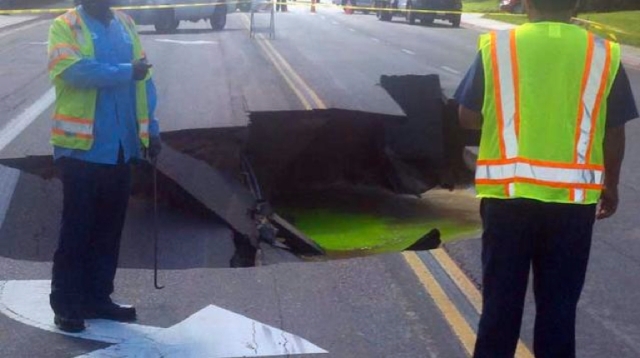 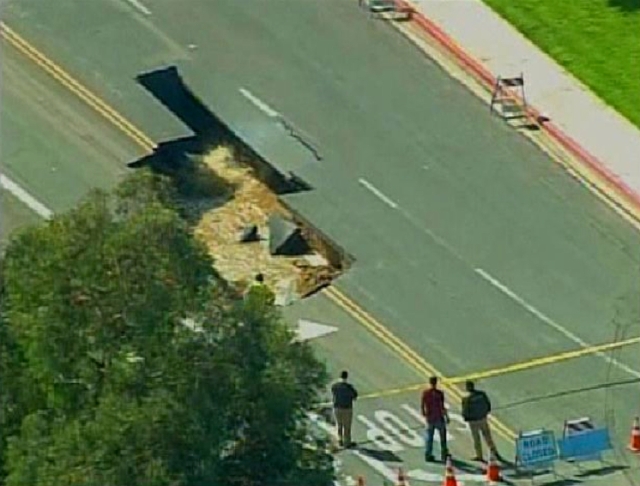 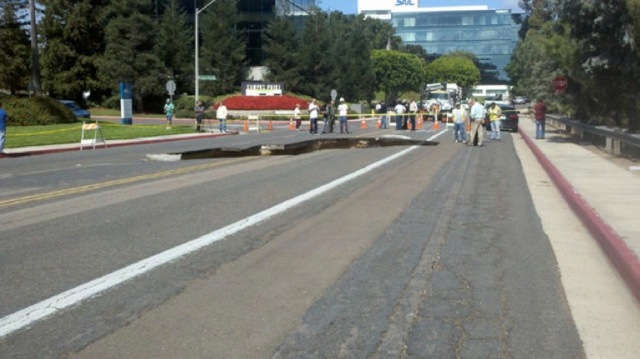 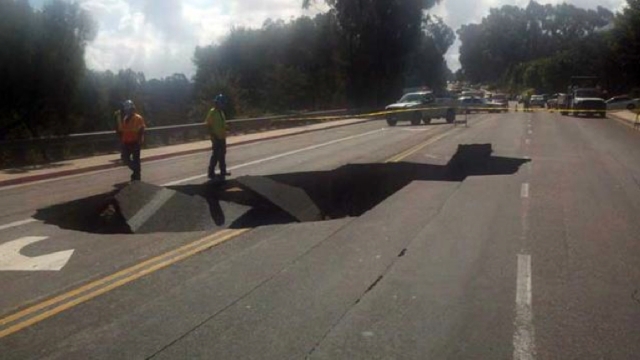 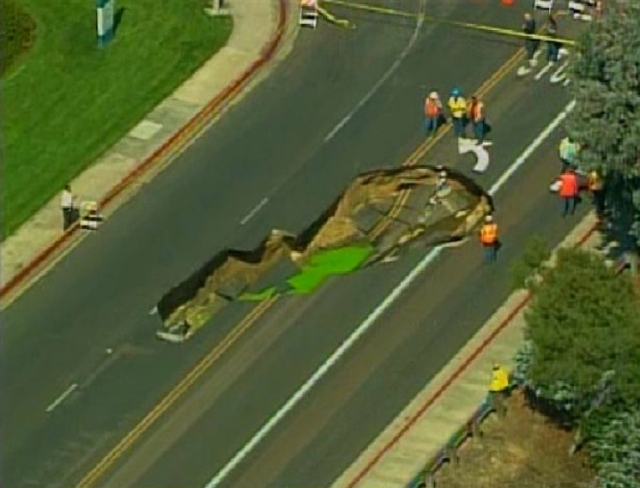 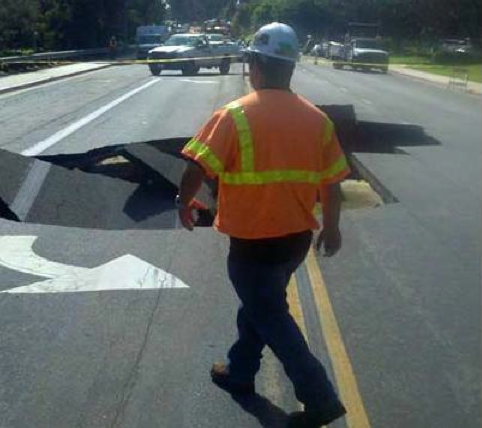 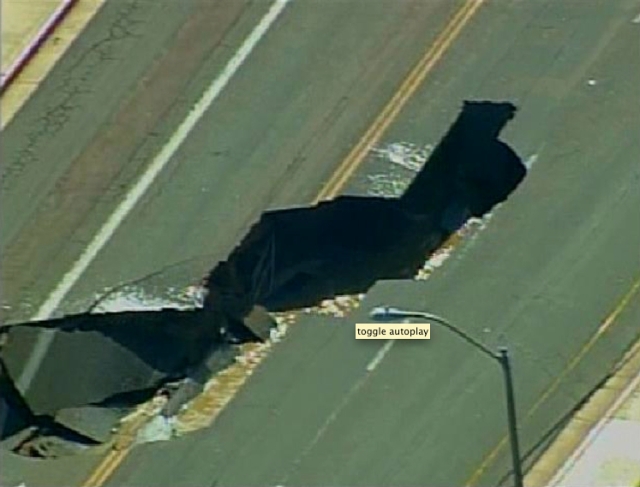 A large sinkhole opened up suddenly in the middle of a La Jolla street late Thursday morning. The hole on Campus Point Dr. filled with a glowing green liquid, which city water officials said was a non-toxic dye used to target the break in the pipe below.

The hole opened over two lanes just before the intersection of Campus Point Dr. and Campus Point Ct., just north of Scripps Memorial Hospital. The sinkhole was caused by a break in a rusty 30-inch storm drain pipe under the street, said Bill Harris, the San Diego storm water department spokesperson. He suspects that the pipe failed after Wednesday’s rain storm.

Harris said the pipe that broke was unreliable, and the city hasn’t installed them since 1992. This particular pipe was installed in 1979. No one was injured when the sinkhole opened.

The sinkhole continued collapsing into the ground. Some of the pieces fell off on camera.
Water near the sinkhole was shut off, affecting thousands of employees and residents.

This entry was posted in Pictures and tagged La Jolla, sinkhole. Bookmark the permalink.