A special thanks to our european contributor, Waldërn Von Feld. 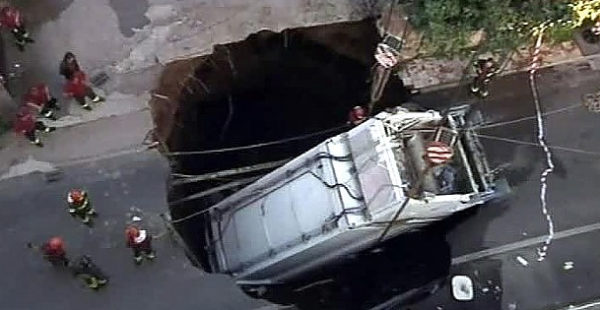 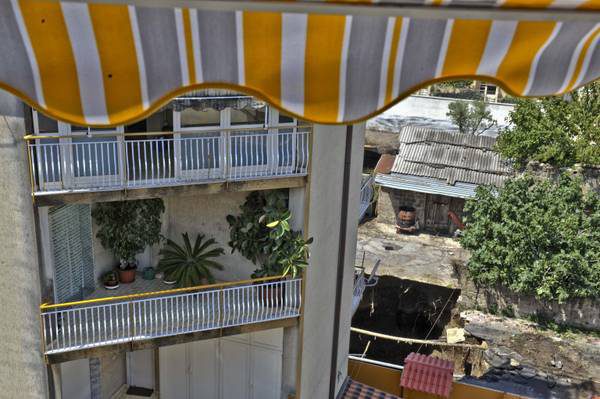 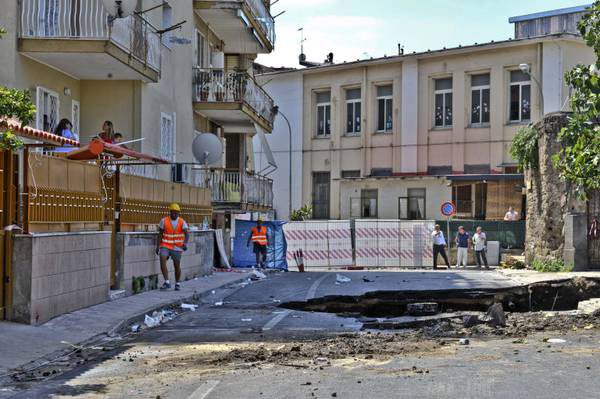 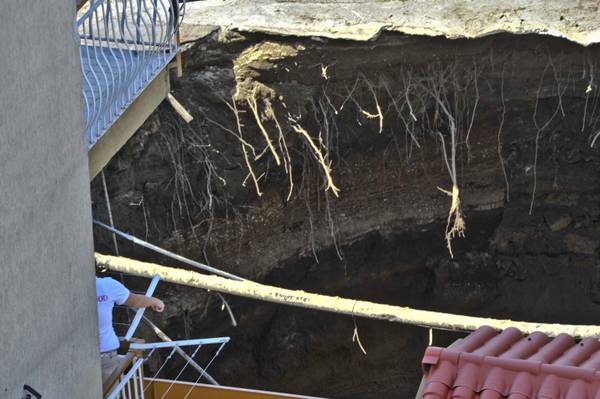 A deadly accident took place Tuesday night in Casalnuovo, near Naples. A hole with a depth of ten meters and a width of twenty meters opened in the asphalt of Via Romano Strettola, literally swallowing a garbage truck into the sinkhole that occurred. The driver reportedly seeing the abyss, applied the brakes, but did not manage to stop in time. A water leak was the cause of the giant sinkhole.

The driver died instantly. The two workers who are usually in the back of the truck were injured in the accident, tells an eye-witness  to the Italian newspaper”La Repubblica”.

But the sinkhole has had other consequences. A building on the street in question, with 25 families residing in it had to be evacuated.

The recovery of the body from the affected road was also not without risks. A firefighter fell into the pit and had to be rescued. Taken to hospital, the worker’s injuries are not considered life threatening, neither are the injuries of the two other sanitation workers who were wounded.