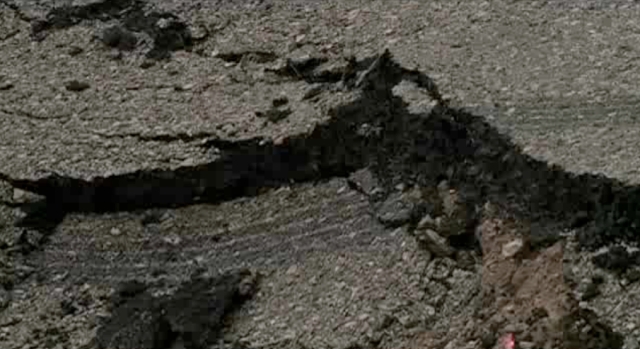 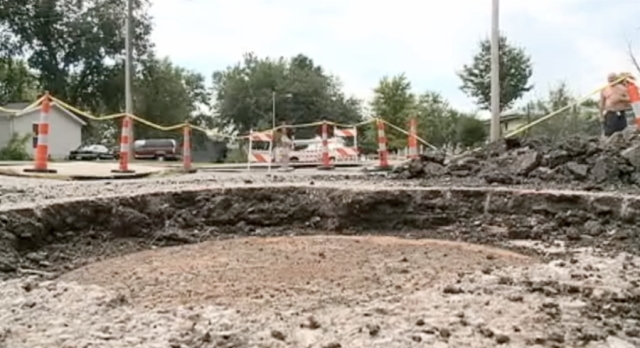 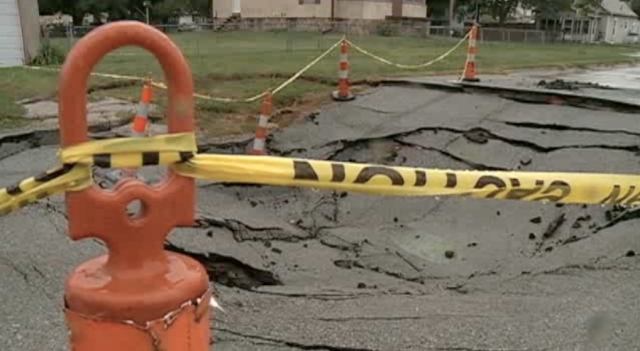 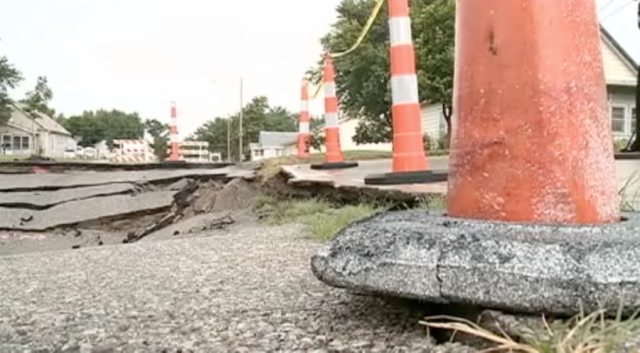 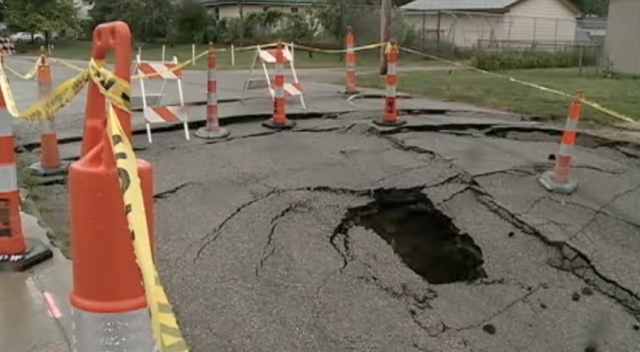 The high water table continues to cause problems in Council Bluffs, including the potential for sinkholes. One sinkhole between 6th and 7th avenues started as just a dip in the road, but now it’s 20 feet wide and at least 10 feet deep. It is one of the largest, but it may not be an isolated incident in the weeks to come.

When Council Bluffs resident Everett Thiles left his home for an afternoon appointment, his driveway and the road were completely intact. However in the few hours he was gone, all of that changed.

“It was all fine, then come back at 5:30 and we have about a six-inch drop, but very noticeable — it’s been dropping ever since,” Thiles said.

This sinkhole now spans the entire width of 26th Street. It started to destroy some of Thiles’ driveway as well. The collapse of a sewer is to blame for the massive sinkhole.

“Well, about a week ago we had a sanitary sewer collapse in this location,” director of community development, Don Gross, said.

This sinkhole is not the first to plague Council Bluffs residents. Gross faults high ground water tables for the recurrence.

“When the water table is high it surrounds these pipes underground and that water seeks out cracks,” Gross said.

This process eventually creates a cavity underground, leading to a collapse. As long as the water remains high there’s a chance residents will see more sinkholes.

“We do anticipate to see more of it. I can’t say that we’re going to see 20 or 10, but we’ve had eight sewer collapses so far,” Gross said.

The city is already arranging repairs on the sinkhole, but in the meantime, neighbors plan to keep a close eye on it.

“It concerns me, but doesn’t really scare me. Can’t mess with nature,” Thiles said.

Repairs for the large sinkhole should run about $217,000, and the city hopes to begin restoration soon. However, they are anticipating more sewer collapses in the near future.

This entry was posted in Pictures and tagged Council Bluffs, Iowa, sinkhole. Bookmark the permalink.