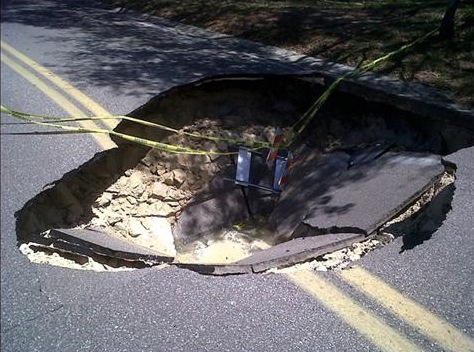 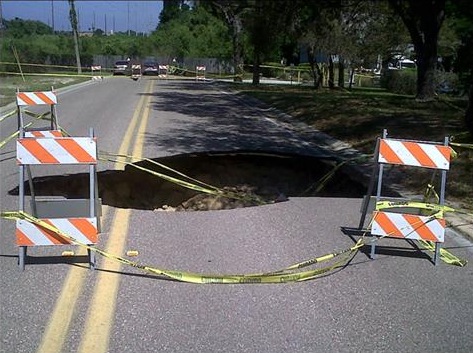 A sinkhole has opened up along a street in Tarpon Springs. Witnesses say it’s about about five to six feet deep and about 10 feet wide and it keeps growing.

South Disston Avenue was waterlogged in the storms earlier this week and now the sinkhole has opened up.

Jessica Canary’s mother lives in the neighborhood and says it’s the first time she’s seen a sinkhole up close in person. Canary says, “I would have never expected it here in Tarpon. I live in Holiday. Holiday – New Port Richey sure – but not here.”

Canary says she’s never seen the neighborhood flood like it did this week either.

This entry was posted in Pictures and tagged Florida, sinkhole, Tarpon Springs. Bookmark the permalink.