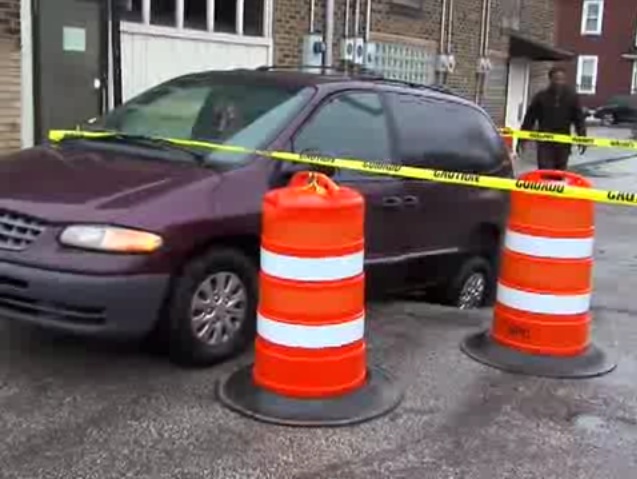 Broxton was driving out of the area when the road collapsed beneath him, dropping the left rear of his van onto it’s frame and rendering the vehicle undriveable.

“I thought there was a little hole in the street — the front end went down, next thing I know the back end went down,” Broxton said.

Cleveland police responded to the scene and closed the intersection off with yellow caution tape and orange barrels. A representative from the City of Cleveland Division of Water Pollution Control was also at the scene. A tow truck showed up in quick order.

Broxton and the tow truck driver peered into the hole, which was right next to a manhole cover, and said it appeared to be 6 to 10 feet deep.