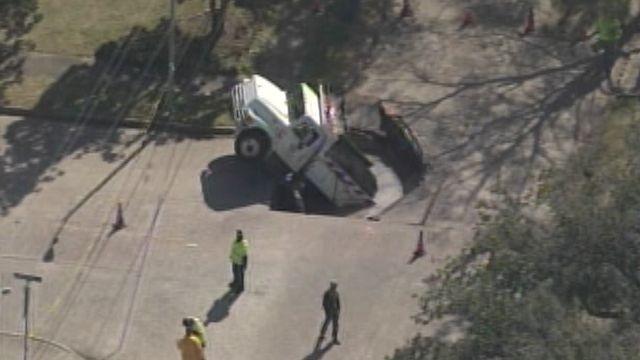 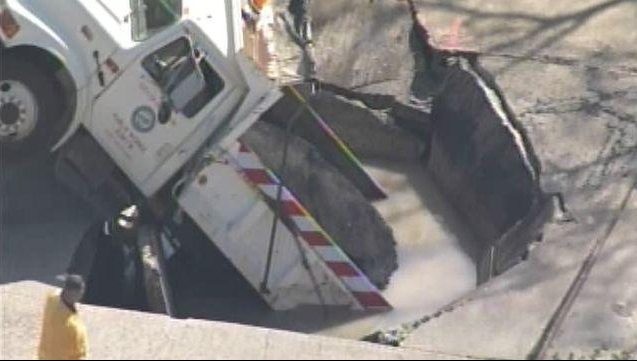 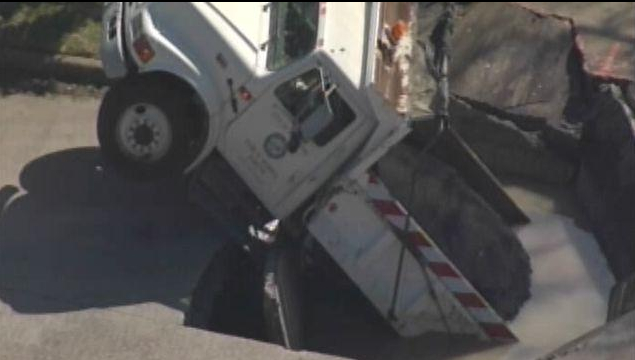 The sinkhole appeared on Dumfries Drive at Balmforth Lane.

A 7-ton city of Houston dump truck was partially submerged in the hole. It was later pulled out.

“Underneath the street, there’s a water line that may have broken and caused the subsoil to dissipate from the area, creating a void,” said Alvin Wright with the city’s public works department.”

The driver was not hurt.

City of Houston crews said the hole was about 9 feet deep.

The dump truck, which was filled with asphalt, was at the intersection to fix problems with the road that residents recently reported.  Neighbors said foundation and street problems are common in the area.

Water was shut off to several homes in the area while crews assessed the situation.