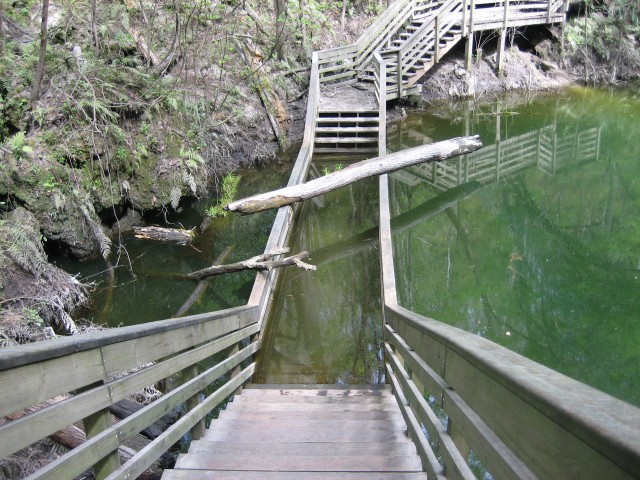 Here are the historical and informational descriptions from some placards around the park:

During the last century, the grist mill was a familiar place to most rural families. Grain was fed into the mill from a funnel-shaped container called a “hopper.” The early homesteaders of this region found this sink to resemble a large millhopper which could feed grain into the Devil’s Mill at the center of the earth. Thus the name – “Devil’s Millhopper.”